The Galaxy Note series, viewed by many as the royal family of phablets, is preparing to welcome a new heir to the throne. The last King was killed by a fire of his own house’s making, his tenure tragically cut short after a grand reception from the public. He was well-liked and continues to be missed.
With the coronation of the next in line said to be but a month away (Samsung hasn’t confirmed when exactly), we’re getting restless. Will the Galaxy Note 8 be able to carry on the Note name with honor? Or will it fade into obscurity?
In anticipation of the handset’s arrival, here’s a list of things we hope the Samsung flagship will deliver.

We’re going to start with what is one of the main reasons one might invest in the Galaxy Note 8: the S Pen. This is the Samsung stylus that comes with the Note devices, a product that, like the software it makes use of, sees yearly refinements.
But the refinements to the S Pen between the Note 5 and Note 7 (there was no Note 6) weren’t quite as numerous or useful as we might have hoped.

I sympathize with Samsung here because, once you get past efficient note taking, coming up with impressive new uses for the stylus each year can’t be easy. The aforementioned GIF creator, which let you select up to 15 seconds of video — from any source — to export as a GIF was a success because it was both inventive and useful.
We’d love to see Samsung achieve something like that again, not just a better handwriting experience, but features that would compel us to use the Note 8 rather than a phone without a stylus. It shouldn’t be too much to ask: it’s the phone’s crown jewel, after all.

Some (awful) people like playing their phone out loud on a bus, and others just want the most from their headphones: pursuing excellence in either area would add cost to the Note 8. But what’s a premium phone without premium sound? When you’re one of the most expensive phones on the platform, which the Note 8 no doubt will be, your audio quality should, erm, sing…
Stereo speakers would transform the Note’s sound experience when played aloud, while Quad DAC, which you can read more about here, would mean that music pumped through your (wired) headphones sounds more impressive.

3. Dual rear cameras (and a better sensor up front)

It looks pretty likely that the Note 8 is going to get the dual rear camera treatment. Samsung included this on the Galaxy S8 and current rumors and leaked images suggest the same setup will be in place on the Note 8. Still, it’s definitely something we want.
Dual cameras are popping up and more handsets thanks to the potential benefits for shooting in low light (ever a sticking point on smartphones), when zoomed, and at wider angles than traditional single lens camera configurations. You can check out some dual-lens camera photo examples in the video below from around the five and a half-minute mark, along with some more details on its advantages. 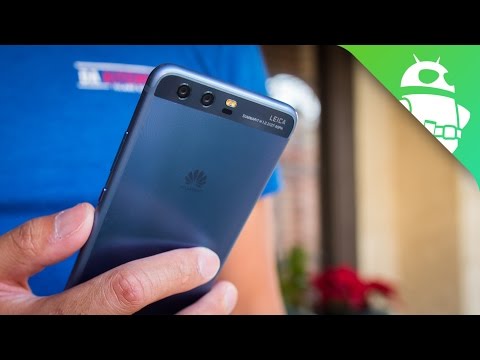 In addition, Samsung should up its front-facing camera game. We know megapixels aren’t everything, but if Samsung wants to deliver something with a lower MP count — the Note 5’s front-facing sensor came in at 5 MP, which was relatively small even in 2016 — it needs to also deliver on processing.

There’s a reason that developers are currently trying to change what the dedicated Bixby button does on the Galaxy S8 and S8 Plus: the service simply isn’t very good. Bixby is Samsung’s proprietary digital assistant that arrived with the Galaxy S8 and S8 Plus. Or, arrived in a partial form: Bixby wasn’t completely finished when it launched and was lacking the voice control part of the software.
It’s meant to be an alternative to the likes of Google Assistant and Apple Siri, but, right now, we’re not convinced (many people aren’t). The problem is that it doesn’t provide much you can’t get with Google Assistant — and certainly nothing of real value. Like the S Pen software, Bixby needs a killer feature or two to make it not just an additional, optional, service but one that has clear advantages.

There's a reason that developers are currently trying to change what the dedicated Bixby button does...

And, as it happens, Samsung might just have access to the resources that could help it deliver something outstanding in artificial intelligence: it snapped up Viv Labs last year, an AI startup founded by the creators of Siri, and only yesterday news broke that it had purchased Greek startup Innoetics, which specializes in text-to-speech and voice-to-speech tech.
Viv Labs hadn’t been on board long enough to really start digging into Bixby when it launched, but by the Note 8’s launch, Samsung’s AI will hopefully have made some more strides.

This year we’ve seen an HTC U11 that sways between red and gold and a green and gold Essential Phone — if Samsung gives us the Note 8 in two versions of black, like OnePlus ultimately did with the OnePlus 5 (and after teasing us with that freaking awesome unicorn color), it’s going to be a great disappointment.

Give me a Note 8 in an auburn body, with ivory accents, that changes color in warm water like a Hot Wheels Color Shifter.

I want a Note 8 in an auburn body, with ivory accents, that changes color in warm water like a Hot Wheels Color Shifter, and nothing less. Are you listening, Samsung?

Like the dual camera, this is also a facet of the Note 8 that seems likely: Samsung would be crazy to drop the microSD card from its flagship series as it did a couple of years ago with the Galaxy S6. But it’s possible: some manufacturers have stopped including them in their phones, like Google, which has its cloud storage services to push. And on phones which come with at least 64 GB of internal storage space anyway — as may be the case with the Note 8 — you can see why they may be deemed unnecessary.
But they can be useful. People are filling up devices with high-resolution audio from streaming apps (for offline playback) and gigabytes of games. Offline video services, like YouTube GO, stand to chew through even more room.
Cloud services are still limited in what they can hold, and not everybody has access to unlimited data for streaming. There’s nothing worse than having to play storage Tetris every couple of weeks to free up space when a cheap SD could remove the hassle.

Here’s the thing: the first Note 8 that overheats is going to make headlines. So, Samsung will do its 4,000-point security check and err on the side of caution with a Note 8 battery that’s probably smaller than what it could reasonably fit into the space (like it has done with the Note 7 FE), to ensure that the chances of this happening are tiny.
See also:
Samsung’s botched Bixby rollout stopped me from buying the Galaxy S8

But here’s the other thing: Samsung doesn’t really need a bigger battery to deliver good battery life — the difference that a couple of hundred milliamperes would make is relatively meager when compared to the power of efficient software.

There's nothing worse than having to play storage Tetris every couple of weeks to free up space.

What I mean is, stock Android devices tend to perform better with the same size battery as those which are running heavily customized skins. When manufacturers add extra layers to the software it adds further ways in which the battery life may be drained. If Samsung works hard to make Grace UI efficient, the reward would be more standby times than a slightly larger battery ever could provide.

The Galaxy Note 7 was expensive when it launched for $849.99, and rumors suggest the Galaxy Note 8 could cost as much as 999 euros — around $1150. Some people may be willing to pay that for potentially the “best phone ever”, but not many. Especially when there are world class phones available for half that price. If the Galaxy Note 8 is going to demand an upwards of $800 fee, it had better make sure it can kick some ass. Otherwise, sit tight for a second-month price drop a la Sony.
For more on the current Galaxy Note 8 rumors, hit the link, and let us know in the comments what’s on your Note 8 wishlist.
http://www.androidauthority.com